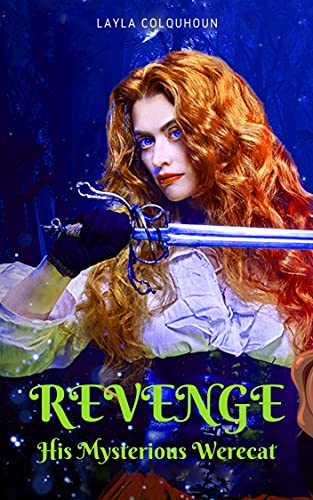 Alana Jessup was born as a werewolf. However, she is one of the rare exceptions to normal werewolves, because she is born with a birth defect on her heart. Because of this defect, she grows up weak and sickly.
When she reaches the age of 18, she learns that their pack’s new Alpha is her mate. She fully expects him to reject her, but he surprises her by accepting her. However, her happiness is short lived.
Unknown to Alpha Kyle, Alana undergoes a rebirth at the hands of the Moon Goddess, but she doesn’t come back as a werewolf. She is reborn with a secret mission given to her by the Moon Goddess.

It was my eleventh birthday, but I couldn’t even muster even a small smile. Unfortunately, it was a school day, and I knew I would be picked on and teased all throughout the day. I hated how all of the other pups in the pack always bullied me, just because I wasn’t strong like them.
It’s not like I chose to be born with a birth defect on my heart that caused me to be weak. I couldn’t help the fact that I was prone to fainting spells whenever my weak heart couldn’t push the blood through my body as fast as I needed it to. None of that was my fault, and it bothered me to no ends that the other pups at school treated me like I was a leper or something.
Since I didn’t have any friends, I usually kept my nose buried in a book to avoid making eye contact with anybody, but that seemed to give them more reasons to pick on me. Sometimes, I could block them out by putting all of my focus into what I was reading. However, there were other times when they would say something so outrageous that I would become infuriated.
I had to constantly attempt to keep myself as calm as I could, because if I let my blood pressure and heart rate get too high, that was when I became more prone to having one of those dreadful fainting spells. Everyday I left school with one thought on my mind, and that was the thought of leaving this dreadful pack as soon as I turned eighteen and reached maturity.
When I got to school, the teasing and bullying started like clock work. I did my best to ignore them, but I was finding it to be more difficult than usual.
As soon as our teacher announced to the class that it was birthday, my biggest nemesis, Julie, thought she would be cute and yelled out, “Oh my Goddess, I can’t believe the weakling lived another whole year. It’s a miracle.”
Of course, everybody else in the class with the exception of me and the teacher started laughing hysterically. Tears instantly stung behind my eyelids, as I tried to keep my composure. It really hurt my feelings to hear my fellow pack members say such heartless things about me.
A few seconds later, I heard the Alpha and Luna’s son, Kyle, teasingly remark, “I don’t know why her parents didn’t kill her right away, instead of making our whole pack look weak.”
That was the last straw for me, and the day had only just begun. In a fit of rage, I threw the book I was holding straight at Kyle’s head, as I angrily screamed, “Shut up! You don’t know anything! You think you are so much better than me, but you would be a nobody if your parents weren’t the Alpha and Luna!”
The corner of the book hit him just above his temple, and he instantly started growling at me, as he stood up from his seat. I could feel my heart start to race, but I was at a loss on what I should do next, so I jumped up from my seat and sprinted out of the classroom as fast as I could.
I only made it halfway down the hall, when I became too dizzy to run any farther. I could hear two sets of feet running behind me, but there was no way I could run any further.