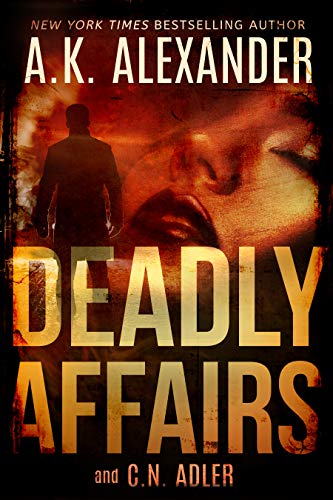 From international bestselling author A.K. Alexander comes a heart-pounding thriller that takes readers on a rollercoaster of a ride as Detective Holly Jennings hunts a violent set of killers, while she herself is being hunted by her own personal demons.

Detective Holly Jennings is back!

A couple found brutally murdered in the Coronado Cays pulls San Diego CSI Holly Jennings from a bliss-filled morning with her new baby and husband into a twisted maze of cheating spouses and Hollywood gore. As Holly and her team track the bloody trail left by the killer, the questions and the body count continue to rise like the damned who’ve been drowned.

An expert knife thrower. A precision gunman. Deadly accurate and strong enough to bludgeon a woman to death. The killer fits the profile of a professional. But Holly can feel the rage and need for redemption behind these deaths that tells her that for the killer–or killers–this is all intimately personal.

While Holly chases leads as far as Dallas and the Big Easy, the shadow of her own secrets threatens everything dear to her at home.